Lei Shen dead, Throne of Thunder Normal cleared
Posted by Electronicus - April 30th,2013 at 10:01pm
"Pandaria, her hills of gold, in dark and mournful times of old, did once a hopeless horror hold. When from her sacred vale did spring, with storm and flash, a monstrous thing, his name, Lei Shen, the Thunder King."
- Lorewalker Cho

​
So there we go twelve for twelve on twenty-five man. It did take longer than I was hoping for but after a lull in the middle of the content we have cleared the last 3 bosses last week (Lei Shen on 10 man last week) and then repeated this week with a full clear.

I wanted to come into this tier as strong as possible and the gear up with the Outland shadows folks was progressing well, we also merged with Umbrage to bring our roster up to around forty, so even more gear up was needed, this was done I think the week before the patch so more work than we had time for was needed, but we started strong and now the gear up for 522 ilevel is progressing nicely. We have also seen many rerolls as both our tanks retired at the end of the last tier and of course merging three guilds into one you will find that some roles need to change anyway, but things are mostly settled and we have an army of hybrid players to help fill in the gaps.

This was our third night of attempts on the boss, I guess ultimately eight hours of standing in-front of him, with a few attempts in-between. The vast majority of our raiding roster has now seen the encounter but we seemed to be slightly curse with good weather this month so ultimately got the kill using two veterans or ex-raiders (cheers guys!).

Ultimately, we got our kill by surviving the first transition, meeting the DPS requirement to get to the second transition, the first attempt we ever reached this point we had no issues there and literally danced sideways through to victory.

Now time to start thinking about heroics but they are obviously a step up so we might have to make sure we can use our twelve hours of...
Heroic Blade Lord Ta'yak
Posted by Electronicus - February 19th,2013 at 10:46pm
Ta'yak is known for his patience and intelligence. In battle, he is a master at discovering his opponent's weaknesses and awaiting the perfect opportunity to strike. Ta'yak's skill with a blade is unmatched, and he cherishes imparting his martial knowledge on young mantid warriors.

​
So there we go, our first heroic kill in the Heart of Fear. The fight has two particularly annoying mechanics.

First Unseen Strike is hilariously inconsistent, you devise a tactic that seems flawless on paper, every stacks up and then 2-3 die with others getting hit in a mechanic that is supposed to spread damage. So we threw that tactic out of the window and just stacked. Works.

The other annoyance is reaching the second and final phase where you nearly die running to the other end, quicker if you can't dodge tornadoes. But we made it down the end of the room once and then a sufficient number arrived down the other end and we got a kill after a 145k wipe the week before.

The next patch is not too far way now so there is only one or two more encounter we want to take a look at before that and we can forget these previous three instances existed, but as it stands we have killed every heroic we have attempted!
Heroic Elegon
Posted by Electronicus - January 29th,2013 at 9:35pm
Dedicated to the advancement of their empire, the mogu salvaged and repurposed titan technology to generate untold power in the depths of this ancient complex. Why these energies have been focused into the cold will of a celestial dragon is a mystery that lies at the very heart of the vaults. 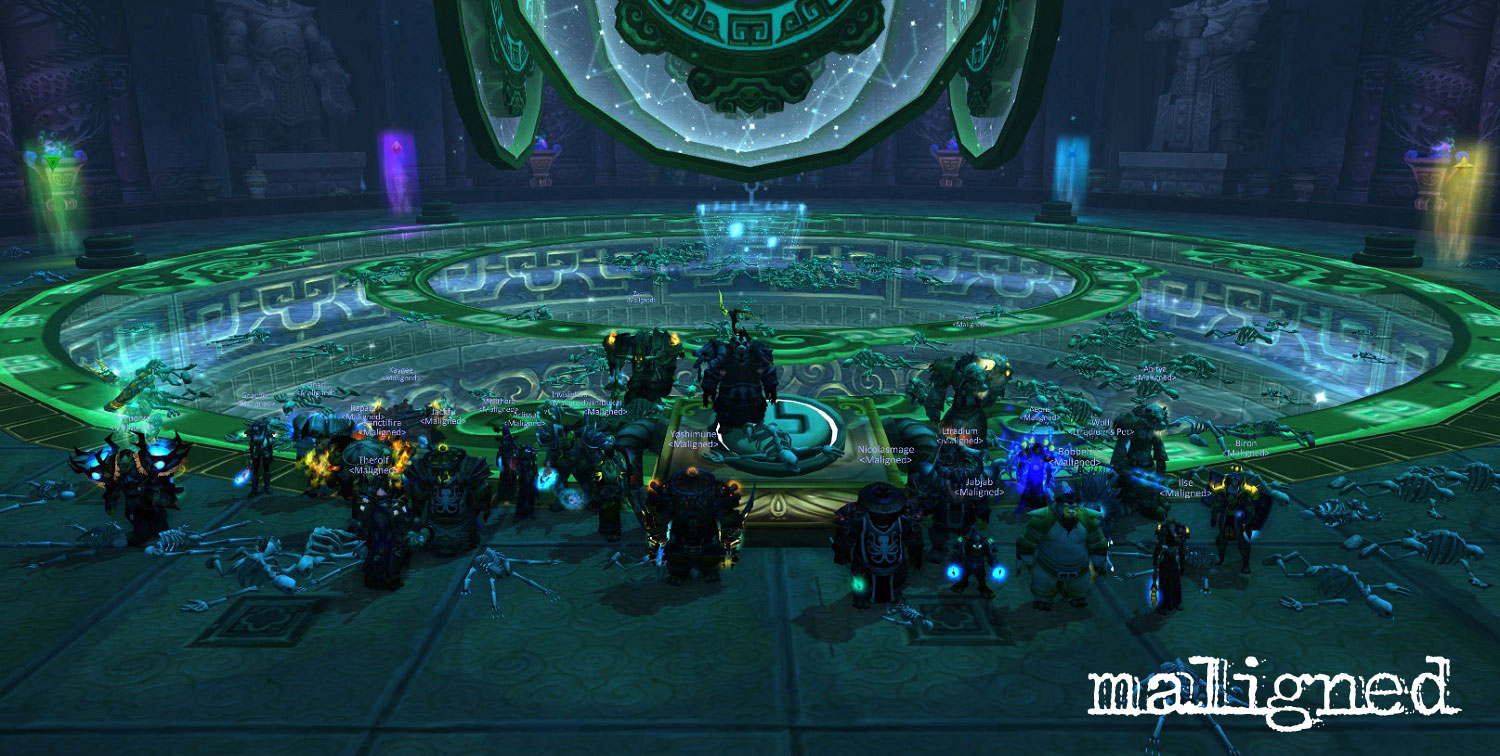 ​
The end of a stunning week of progression. We had quit a few goes on Sunday night after killing Gara'jal more quickly than expected. After getting the general jist of phase one then, we made some adjustments and finding no issues with the second phase we entered the final phase for the first time. With twenty-four of us up we moved to the centre for our latest DPS race challenge and while the end result could have been prettier we got our kill and our fourth new encounter beaten this week.

Next week we will move our focus away from Mogu'shan Vaults initially and take a look at Blade Lord Ta'yak in the Heart of Fear, a heroic fight that doesn't add much to the encounter but requires more disciplined execution. Or something.
Page 1 of 25